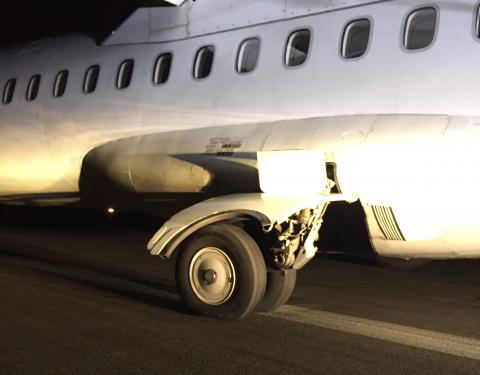 A pair of broken springs caused an ATR passenger aircraft 71 people on board to change its destination and make an emergency landing.

The crew of the Auckland-Nelson flight were alerted that the landing gear was not locked in down position for landing. They diverted to Palmerston North and landed successful with undercarriage intact, no injuries, and one burst tyre.

“Those springs are meant to lock the landing gear in the ‘down’ position, but they broke when cracks formed due to corrosion hastened by salty air,” said Mr Holman

“This inquiry showed that the maintenance programme for the springs was unlikely to have fore-warned of the cracking, or to have required preventive maintenance.”

The aircraft operator has addressed this safety issue by inspecting landing gear locking springs across its fleet of ATR72s. It also has a new maintenance programme for such springs, and replaces them more frequently.

The manufacturer has also responded by updating its maintenance manual for ATR72s worldwide and its training systems now include a scenario based on this incident.

For these reasons the Commission had no need to make recommendations in this case.