Inquiries follow a standard process as we gather and analyse evidence, determine what happened, report our findings, and make recommendations.  Our focus is on explaining and not on blaming, so we can help stop recurrences.  The Commission has extensive legal powers and obligations to achieve this. 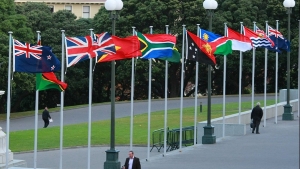 TAIC's jurisdiction extends to the 12 nautical mile limit of New Zealand's territorial waters, the land within that, and the air above, and to New Zealand registered aircraft or ships anywhere in the world.

By agreement, another country may lead investigations into occurrences in international waters or airspace involving NZ-registered ships and aircraft, such as one closer to the accident site or where an aircraft was made.

To be clear, these investigations are conducted by those states, not New Zealand.

Assistance depends on the circumstance but may include:

Further information on current and historic engagement by the Commission in overseas investigations can be found here.