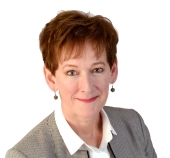 Jane Meares is a commercial barrister based at Clifton Chambers, Wellington. She is a leading legal adviser with an extensive range of advisory experience in both the public sector and the corporate world.

Jane Meares was first appointed to the Commission in February 2015, and appointed Chief Commissioner in November 2016.

Jane has a number of significant governance roles including deputy chair of the Electoral Commission, chair of Financial Services Complaints Limited, and chair of the Ballet Foundation of New Zealand. She is a member of Land Information New Zealand's risk and assurance committee, and a Member of the New Zealand Law Society's Independent Review Panel.

She was the chief legal adviser at the Treasury and, before that, a commercial partner in the Wellington office of Bell Gully. She undertakes a broad range of commercial and public sector advisory work. 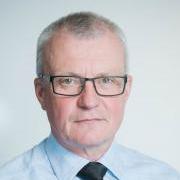 He flew fighters for the Royal Air Force (including the F4 Phantom and Tornado F3) and also served in the Royal New Zealand Air Force as the Training Group Commander. He attained the rank of Group Captain in both services. His strategic international experience includes being an accredited attaché to the British Embassy to the United States. He retains a commercial pilot licence and a commercially endorsed Ocean Yachtmaster's certificate. Stephen was appointed a Commissioner in June 2015.

Stephen Davies Howard was first appointed as a Commissioner in June 2015. He was appointed Deputy Chief Commissioner from 1 November 2018 with his term expring on 31 October 2023.

Paula Rose is a Canterbury based director and safety professional. She is the  Deputy Chief Commissioner for the Criminal Cases Review Commission; and Deputy Chair for WorkSafe New Zealand. She also holds board positions at the Broadcasting Standards Authority, the Social Workers Registration Board; and St John South Island Regional Trust Board.  She is a member the Parole Board.

She was formerly National Manager, Road Policing with NZ Police, Deputy Chair of the Independent Taskforce on Workplace Health and Safety, and Executive Advisor on the Children’s Action Plan.