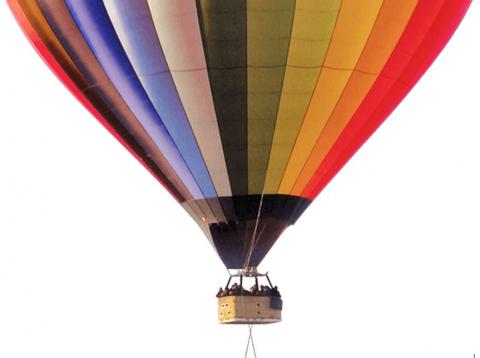 The Transport Accident Investigation Commission has opened an inquiry into an incident involving a hot air balloon that reportedly got into trouble upon landing near Arrowtown in the South Island on 9 July 2021.

Harald Hendel, the Chief Investigator of Accidents, says the circumstances reported were that the balloon experienced difficulties upon landing that its canopy had contacted power lines and draped over a house.

Of the eleven persons on board, some were reported to have been ejected from the basket in the process with several occupants receiving injuries, including hospitalisations. No fatalities were reported.

“TAIC is appealing for any witnesses,” said Mr Hendel. “We’re interested in hearing from people who saw the accident or observed the balloon near to the ground – particularly if you have photographed or captured the flight on video”

The Commission has appointed a TAIC investigation team of two.

"The Investigation team’s evidence collection work is broad to support the many routes that an investigation could follow. The initial focus is on gathering evidence that could disappear or change – such as memories, or the effects of weather and the balloon and basket, which have already been removed from the scene to a secure location.

“Over the next several days, TAIC’s investigators will be recording the accident scene, recovering any remaining wreckage, securing electronic records – including photos, videos, and location data on people’s cellphones – and interviewing witnesses.

“We’re interested in what people have to say, of course, particularly the balloon occupants, and the relevant professional and personal backgrounds of the pilot and other operator staff, what they knew, thought, experienced, and did.

“We’ll be looking at the balloon, basket and other elements of the aircraft, its individual and type history, performance, maintenance, design.

[UPDATE: 14 July 2021: corrected a previous version of this page that said twelve persons were on board]