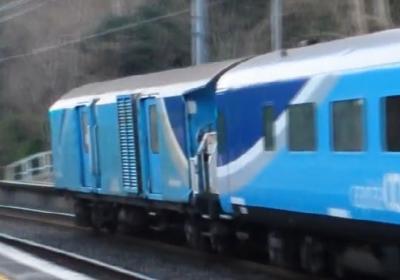 The AG 130 wagon from which the smoke appeared. Archive photo.
Passenger train, Fire in auxiliary generator wagon, Palmerston North, 11 May 2022
Status
Current
Occurrence Date
11 May 2022
Jurisdiction
NZ
Smoke was observed coming from the Auxiliary Generator wagon coupled at the rear of a scheduled passenger train while the train was at Palmerston North railway station. The train was evacuated and no injuries were reported.
[As initially reported, subject to change, not official findings].