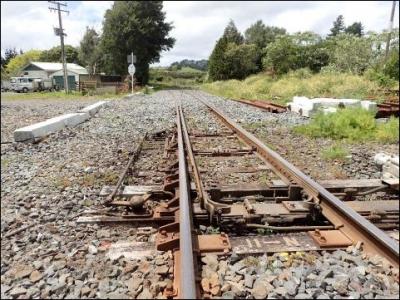 The train driver radioed train control for assistance. Train control arranged for a Mission Bush-based pilot to guide the train as it reversed (set back) to Paerata, to attain more speed for a second attempt at the climb.

The pilot then saw that the second signal near Paerata was displaying red and radioed the driver to stop the train. The train stopped with its rear-most wagon about 420 metres short of Signal 6RA and the North Island Main Trunk line. The other train passed through Paerata just as the train came to a stop. The potential for a collision between the two trains was high.

The Commission identified four safety issues:
- the setback movement was not planned and carried out in accordance with the operating rules and procedures
- KiwiRail had not communicated effectively to staff the replacement of an old procedure for recovering stalled trains at Paerata with the existing Operating Rule 124(d)
- the train controller, the train driver and the pilot did not have a shared understanding of the limit for the setback authority, or of the method of protecting the movement
- the train controller was performing a safety-critical role and was directly involved in the incident, yet he was not asked to undergo a post-incident drug and alcohol test.

The Commission has made two recommendations to KiwiRail: to review its change management process to ensure that changes in policies, procedures and rules are communicated effectively to staff; and to ensure that all personnel directly involved in an accident and/or operating incident are asked to submit to drug and alcohol testing.

Key safety lessons arising from this incident are:
- it is important that rail participants are familiar with and follow the approved rules and procedures that have been put in place to achieve safe railway operations
- it is important that all staff involved in a railway operation have a common understanding of what the plan is and how it will be carried out safely, which is an essential aspect of non-technical skills.
Related Safety Recommendation(s)
024/17
025/17
Location
Paerata (-37.178222,174.896411) [may be approximate]