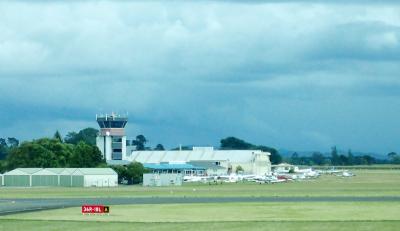 During the assessment, a series of four incidents occurred that related to the controller’s management of air traffic in the vicinity of the aerodrome. Following the fourth incident, the assessor stopped the assessment and took over as the aerodrome controller to resolve the situation. There were no collisions and nobody was injured.

The Transport Accident Investigation Commission (Commission) found that the incidents occurred because the controller became overwhelmed by the circumstances on the day and lost situational awareness of the aircraft within the control zone.

The Commission also found that the usual briefing procedure before conducting the assessment was not fully followed, and that this likely affected the team dynamics in the control tower.

At a broader level the Commission found that Airways Corporation of New Zealand Limited’s tradition of posting recently qualified controllers with limited experience to Hamilton aerodrome, one of the busiest in the country, had the potential to raise the risk profile of the air traffic control unit.

The Commission identified the following safety issues:
- the standard of team resource management in the Hamilton air traffic control tower did not match good industry practice
- some aerodrome controllers are ‘over-controlling’ visual flight rules traffic in and around the control zone, which is unnecessarily congesting the radio frequencies and risks causing difficulties for inexperienced pilots and those for whom English is their second language.

The Commission also identified the following safety issue in relation to the wider issues for Hamilton aerodrome:
- changes in the size and shape of the Hamilton control zone have shifted some visual flight rules traffic congestion to prominent points outside the control zone, and likely increased the risk of collision in those areas.

A number of safety actions were taken and the Commission made two recommendations to address key safety issues.

The key lessons arising from the inquiry were:
- operational assessments in a team situation have the potential to alter the normal team dynamics. It is essential that assessments are properly managed and that every team member is clear on their rsponsibilities and their involvement in the assessment process
- clear, succinct and short radio communication between air traffic control and aircraft is pivotal to safe operations.
Related Safety Recommendation(s)
020/18
021/18
Location
Hamilton aerodrome (-37.856700,175.338300) [may be approximate]