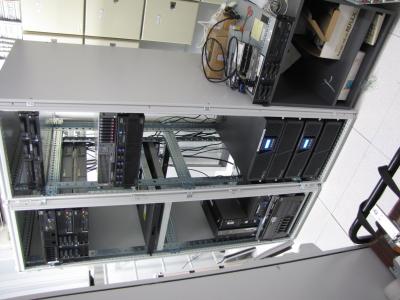 Train controllers were unable to communicate with the stranded trains and could not issue control instructions. Veolia was advised of the power outage and immediately activated its emergency plan. Veolia sent messages to all its on-board train managers, explaining the situation. All passengers were retained on board trains that were prevented from reaching their next stations.

The power outage lasted for about one hour and scheduled passenger services were affected for the rest of the evening. There were 27 train services travelling within the Auckland metro area at the time, with an estimated passenger load of between 1000 and 2000.

The Commission identified the following safety issues:
- the project team responsible for the Auckland train control centralisation project lacked the appropriate expertise for designing and installing the emergency power supply system
- the management and maintenance of the emergency power supply system for train control were not sufficient to ensure the integrity of what had been designated an "essential service"
- KiwiRail's Risk Management Policy for "continuity of core services" did not give proper consideration to the safety of passengers and crew when a core service such as train control failed, causing the widespread stoppage of an entire metropolitan passenger rail system.

KiwiRail took the necessary safety action to improve the management and maintenance of the power supply system for train control.

The Commission made one recommendation to the Chief Executive of KiwiRail to review its risk assessment matrix to improve the focus on safety risk.