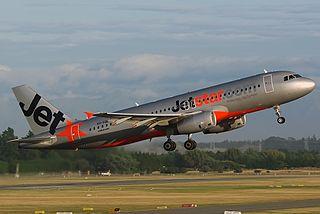 A Jetstar A320 - generic photo. By Eugene Butler, Wikimedia Commons
Airbus A320 VH-VGY, Descent below clearance limit, Christchurch, 6 August 2017
Status
Closed
Occurrence Date
6 Aug 2017
Report Publication Date
2 May 2019
Jurisdiction
NZ
At about 1845 on 6 August 2017, an Airbus A320 aeroplane was approaching Christchurch with 128 passengers and six crew on board. During the arrival procedure the aeroplane inadvertently descended below the 2,500-foot (760-metre) minimum safe altitude for part of the arrival procedure.

The infringement was noticed by the air traffic controller at the time, but the flight crew was not advised until the aeroplane had landed. The aeroplane landed safely.

The Transport Accident Investigation Commission (Commission) found that the aeroplane descended below a published minimum safe altitude for a segment of the arrival procedure, because the flight crew did not maintain adequate situational awareness of their aeroplane’s location in relation to the standard arrival route.

The Commission also found that the operator’s procedures did not encourage the appropriate use of the aeroplane’s automated navigation systems, and that by electing to use an ‘open descent’ procedure rather than the available, fully automated ‘managed descent’ mode, and not setting the flight control unit to the next altitude restriction, a higher level of human intervention was required to keep the aeroplane within permissible limits on the arrival route.

The Commission also found that the air traffic controller observed the aeroplane’s descent below the minimum safe altitude, but did not follow the required procedures and alert the flight crew until the aeroplane had landed.

As a result of the safety actions taken by the operator, no new recommendations were identified.

A key lesson arising from the inquiry is that properly used automated flight navigation systems will reduce the crew workload and result in safer flight operations. If crew choose not to use them, they must maintain a heightened level of alertness and work harder to achieve an equivalent level of situational awareness.
Location
Christchurch (-43.643000,172.476000) [may be approximate]