The Transport Accident Investigation Commission has opened an inquiry into the fire on board the fishing vessel Dong Won at Timaru port. Circumstances reported to date are that the deep-sea fishing vessel, the Dong Won 701, caught fire at about 2130 9 April 2018 at Number 1 Wharf in the port of Timaru. The Commission’s team of three investigators is due to arrive at the site this afternoon (10 April). 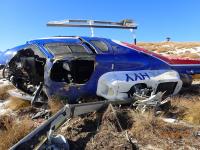 A Squirrel helicopter was making a snow landing on Mt Sale in Central Otago when it struck the ground hard and finished badly damaged on its side. There were no fatalities; one passenger received minor injuries. The fast, low and close landing approach may have limited the pilot’s ability to confirm actual wind direction and usable escape routes. This was the fourth serious helicopter landing accident for this operator in three years

A tourist boat caught fire and sank because the main firefighting system was ineffective and staff did not fully understand how it should work. All 60 people on board survived. TAIC has called for rule changes for alarms and extinguishers; and improvements to training and record keeping

TAIC is investigating the skydiving accident at Lake Wakatipu in Otago, which occurred 10 January 2018. During a commercial tandem skydive, a possible malfunction of the parachute has resulted in the pair entering Lake Wakatipu. 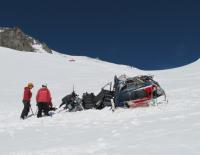 The fatal crash of a tourist helicopter on a snowy ridgeline in the Southern alps is the subject of a report issued today. The key lessons that any helicopter pilot or operator can take from this inquiry address risks associated with flying over mountains; making assumptions about weight; the need for proper wearing of seatbelts; and vortex ring state 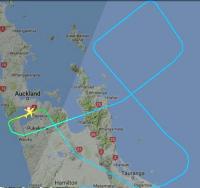 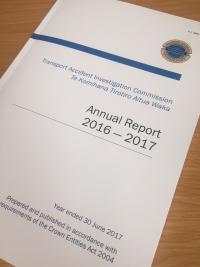 The 2016/17 Annual Report highlights transport safety improvements influenced by the Commission's work, frustration with recommendations not being acted upon, a significant reduction in case backlog, challenges of temporary accommodation, and it looks ahead to the increasing challenges of technology and data for its work.

In November 2017, TAIC hosted the Marine Accident Investigation International Forum annual conference -- all about improving accident investigation to make it safer for everyone at sea. 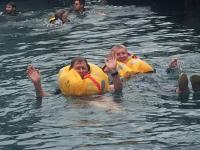 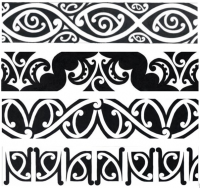 The corporate and modal Kōwhaiwhai (Māori scroll designs) used on this website were commissioned from Sandy Rodgers (Ngati Raukawa, Tuwharetoa and MacDougal). Here, she explains the naming and design of them.