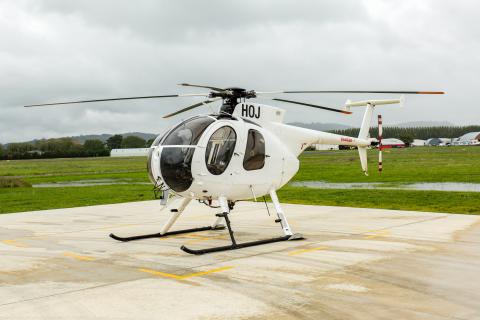 The Transport Accident Investigation Commission (TAIC) has published an interim report on the recent fatal accident involving a MDHI 369D helicopter (commonly known as a Hughes 500), near Wanaka Aerodrome on 18 October 2018.

The pilot and the two other occupants died in the accident.

TAIC Chief Commissioner Jane Meares says a major safety issue highlighted by the interim report is the risk posed by loose items in the cabins of helicopters.

“There is evidence that a pair of over-trousers that had been packed in the cabin came out of the helicopter and became entangled in the tail rotor,” said Ms Meares.

Ms Meares said evidence also revealed three incidents in the month prior to the accident in which doors on this helicopter opened in flight.

“Effective safety management depends on such incidents being reported and investigated, but none of these occurrences was recorded in the operator's incident reporting system,” said Ms Meares.

The Commission has also recommended urgent action by the Director of the CAA to remind aviation participants of the importance of reporting incidents in accordance with Civil Aviation Rules.

The report issued today is an interim report, so it includes no formal Findings. All evidence and the role it may have played in the accident sequence is subject to further investigation. The Commission is yet to complete its inquiry into this accident, and the information contained in the Commission’s Final Report may differ from the information contained in this interim report.

The Commission’s investigation is continuing.