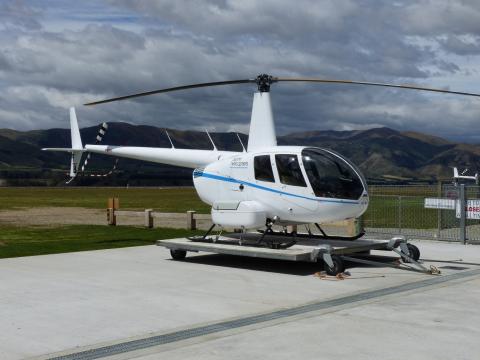 The Transport Accident Investigation Commission has published an interim report as part of its ongoing AO-2018-006 inquiry into on the fatal accident involving a Robinson R44 helicopter on a flight over Lake Wanaka on 21 July 2018.

Chief Commissioner Jane Meares says the wreckage recovered from Lake Wanaka is under examination at the Commission’s technical facility in Wellington.

“The main rotor mechanism includes evidence symptomatic of the helicopter having experienced mast bumping at some point in the accident sequence” said Ms Meares.

Mast bumping is contact between an inner part of a main rotor mechanism and the main rotor drive shaft.

“Although we have not come to a conclusion about what caused this accident, evidence of mast bumping is always a concern for the Commission.

“There is also evidence that a main rotor blade has struck and entered the cabin in flight. There are score marks on the blade that match screws on the canopy bow; there is scoured paint on the screws. The same rotor blade has marks matching damage to the flight instruments panel.”

The report issued today is an interim report, so it includes no formal Findings. All evidence (including of any mast bumping) and the role it may have played in the accident sequence is subject to further investigation. The Commission is yet to complete its inquiry into this accident, and the information contained in the Commission’s Final Report may differ from the information contained in this interim report.

The Commission’s investigation is continuing.