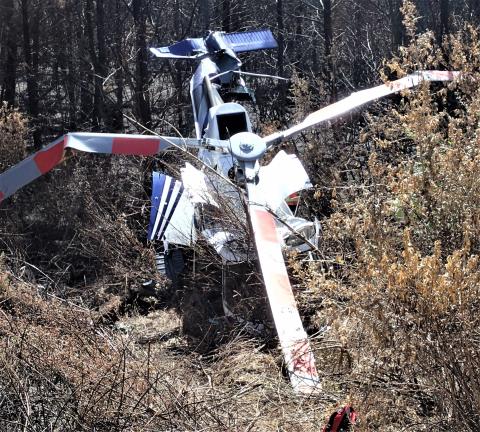 The helicopter at the site. TAIC photo

The Transport Accident Investigation Commission has opened an inquiry into a non-fatal accident involving a helicopter engaged in firefighting operations near Nelson today (17 February).

The circumstances reported to date are that the AS350 (Squirrel) helicopter was operating with a monsoon bucket over the Pigeon Valley area near Nelson.

Something caused the pilot to conduct an emergency landing. The helicopter landed heavily and the sole pilot received moderate injuries. The nature of damage to the helicopter is yet to be established.

The Commission has appointed a team of two investigators for this inquiry, and they are making preparations to travel to the site as soon as practicable.