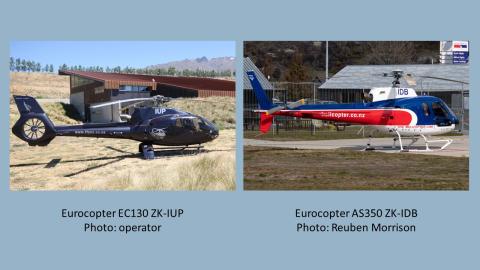 TAIC is investigating an aviation incident that occurred on 27 December 2022 at Queenstown Airport.

The reported circumstances were that the incident involved a Eurocopter AS350 ZK-IDB and Eurocopter EC130 ZK-IUP. The two helicopters got too close to each other during hover-taxi departure from the airport’s southern apron area.

The AS350 took evasive action to avoid colliding with the EC130.

TAIC opened this inquiry on 17 January after gathering evidence following notification from the Civil Aviation Authority on 12 January 2023.