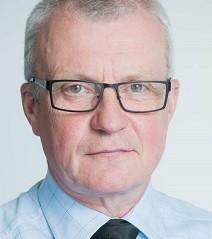 She also welcomed Mr Davies Howard’s appointment by the Governor-General on the recommendation of the Minister of Transport. “Stephen’s strong parallel careers in aviation, the state sector, and management have been invaluable since his initial appointment. I am delighted to be able to continue to working with him in his new role as our Deputy Chief Commissioner,” she said.

Stephen Davies Howard is a Wellington-based company director. Prior to coming to New Zealand he held leadership roles in the United Kingdom public sector, including supporting Parliamentary Select Committee and Defence Council enquiries.

He was a fighter pilot with the Royal Air Force and also served in the Royal New Zealand Air Force, attaining the rank of Group Captain in both services. He has a wealth of strategic international experience and was an accredited Attaché to the British Embassy to the United States. He retains a commercial pilot license and a commercially endorsed Ocean Yachtmaster's certificate.

Peter McKenzie is a commercial barrister in sole practice at Capital Chambers, Wellington. He was Chair of the Securities Commission from 1990 to 1995. In addition to his Barrister's practice he has lectured in corporate, banking and finance law at Leeds University and at Victoria University of Wellington.

Before becoming a barrister, he was a senior litigation partner and commercial partner with Brandon Brookfield, Solicitors. He has consulted internationally on company and securities law to numerous foreign governments, and has authored a number of text and journal articles in his area of expertise.

Peter McKenzie was appointed to the Commission in August 2015. His term expires on 31 October 2018.