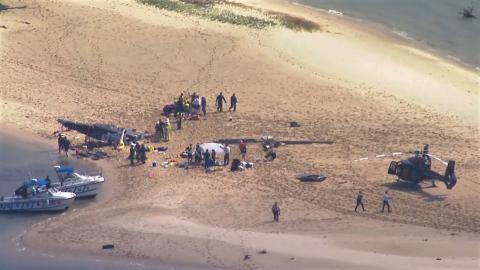 It was reported that he two Eurocopter EC130 helicopters, VH-XKQ and VH-XH9, were below 500 feet above ground level near the Seaworld Helipad. Following the mid-air collision, VH-XKQ collided with terrain, with four occupants fatally injured and three seriously injured. VH-XH9 sustained substantial damage and conducted a forced landing on the beach; six occupants were injured, one seriously.

ATSB’s investigation is continuing and will conclude with a final report by ATSB.

TAIC is responding to ATSB’s request (under ICAO Convention Annex 13) for New Zealand’s assistance to gather evidence from New Zealand-based organisations. TAIC will also act as a liaison for the NZ citizens involved in the accident.