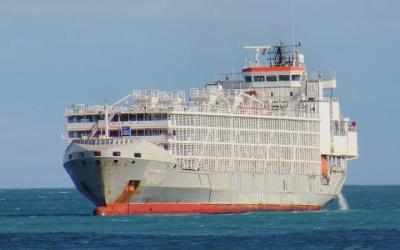 Gulf Livestock 1 in 2018. Photo: Frans Truyens via Vessel Finder
Gulf Livestock 1, loss of vessel, en route to China, 3 September 2020
Status
Current
Occurrence Date
3 Sep 2020
Jurisdiction
Overseas
The circumstances reported to date are that there were 43 crew members on board, including two New Zealand citizens. Reports indicate that the Japanese coast guard received a distress signal from the vessel at about 1:40am on 2 September 2020 (Japan local time) and launched a search and rescue mission. Three crew members were recovered of which only two survived. 40 crew members still remain unaccounted.

Panama, as the Flag State, is conducting an investigation into this very serious marine casualty and have invited New Zealand to participate as a substantially Interested State after we notified them of our interest. Accordingly, TAIC has opened an inquiry under Section 8 (e) of the Transport Accident Investigation Commission Act (To cooperate and coordinate with other accident investigation organisations overseas, including taking evidence on their behalf).