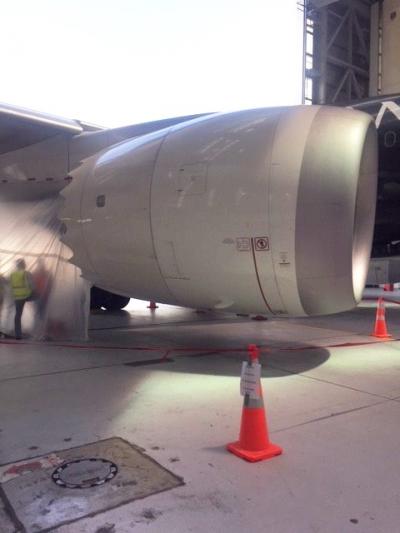 Incident engine
AO 2017 009 and AO 2017 010: Boeing 787, near Auckland, New Zealand, 5 and 6 December 2017
Status
Closed
Occurrence Date
5 Dec 2017
Report Publication Date
12 Nov 2020
Jurisdiction
NZ
On 5 December 2017, ZK-NZE, an Air New Zealand (the operator) Boeing B787-9 aeroplane, was being operated on a scheduled passenger flight from Auckland to Narita, Japan. During the climb phase of flight, the right engine started to ‘spool down’ or reduce in speed. The crew completed the necessary checks, and as a result shut down the engine and returned to Auckland International Airport without further incident. The Transport Accident Investigation Commission (Commission) opened inquiry AO-2017-009 into this occurrence.

On 6 December 2017, ZK-NZF, another of the operator’s Boeing B787-9 aeroplanes, departed Auckland on a scheduled passenger flight to Buenos Aires, Brazil. During the climb phase of flight, the flight crew received engine ‘over temperature’ alerts for the right engine. The crew completed the necessary checks, reduced the thrust lever for the right engine to idle and returned to Auckland International Airport without further incident.1 The Commission opened inquiry AO-2017-010 into this occurrence.

Early in the investigation, the Commission was made aware of six previous Trent 1000 intermediate pressure turbine (IPT) blade separations.2 Like the two New Zealand occurrences, the six failures had all involved the same type of IPT blade, and all had occurred soon after take-off or in the climb phase of flight.

According to the engine manufacturer, the blade separations followed cracking in the blade shanks initiated by a ‘corrosion fatigue mechanism’. The manufacturer believed the mechanism involved a combination of blade design or construction, engine operational factors and environmental air contaminants.
Location
Auckland (-37.010029,174.782835) [may be approximate]